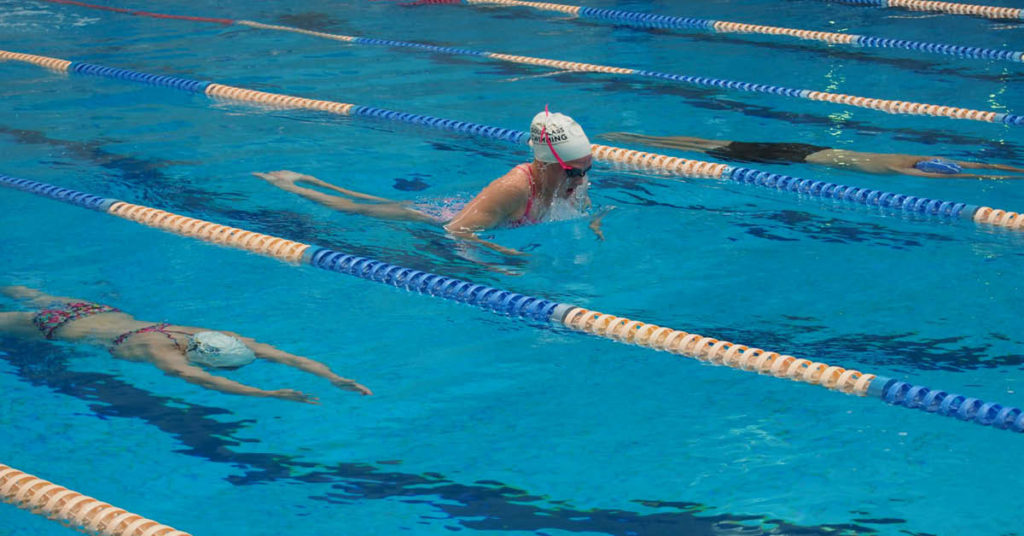 I am in the very fortunate position of visiting many coaching programs around Australia.  These range from high performance programs to small country and metropolitan programs. During my visits, I like to take the opportunity to observe the various levels of teaching and coaching being conducted which support the development pathway for swimmers to the highest performing squad. It has become very obvious to me that there are many interpretations on how the breaststroke pull is performed and as a consequence how it is taught.

I find this quite intriguing because I have spent countless hours observing top breaststrokers performing live. I’ve also studied footage and still images of the world’s best breaststroke swimmers. And I consistently come up with the conclusion that they generally have very similar patterning when it comes to the pull.

In light of this, why do I see such a wide variation in pull pattern and geometry being taught by teachers and coaches. As a result this teaching is then adopted by developing swimmers?

It appears to me that some swimmers at a local level are swimming and being “successful” with defective pull patterns. Observant onlookers draw the conclusion that the patterning or pull shape that they see is the reason for their apparent success. 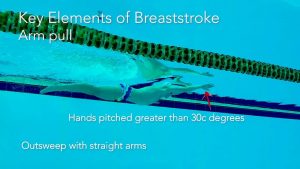 The most common error is a narrow pull pattern where the hands don’t sweep wider than the elbows on the out-sweep. From this narrow position the hands are then pulled back, down then inward and upward towards the chin and into the recovery. This narrow pattern reduces the overall pull length (when compared to the wider pull pattern). In doing so it all but eliminates the involvement of the powerful pectoral muscles. Swimmers who adopt this option will have to swim with a high rating to compensate for the reduction in pull length. The resultant effect is inefficiency of the stroke and premature fatigue. It will also result in the inability to achieve the higher velocities which they may be capable of.

The common patterning of the pull which is observed in the consistently higher performing international breaststrokers like Adam Peaty is set up with a wide out-sweep, where virtually straight arms form about a 45, degree angle to the line of the shoulders with about a 75, degree pitch of the hands (little finger side up). From this point the steep pitch of the hands are maintained as they swept in towards each other in a three, dimensional elliptical pattern. They finish with an up-sweep towards the chin. When the hands are at the deepest point the forearms are almost vertical. And the finger tips are pointed to the bottom of the pool.

The hands and forearms are projected into a recovery trajectory which is horizontal – just below, at or just above the surface. Gone are the days of driving the hands down and then up through the recovery. This is considered to create too much resistance thus negating some of the propulsive effect of the kick.

We have put together a video and explanation of the Breaststroke Stroke Model. It is very useful for swimmers to watch what they should be doing when swimming breaststroke. They can then replicate the correct stroke model when swimming. It also helps parents to understand what good breaststroke looks like.

It is advisable to source footage and images of world class breaststrokers and look at the way they swim. By sourcing these images coaches will gain a clearer understanding of how they propel themselves through the application of sound mechanical principals. For an easy to remember way to explain breaststroke, check out the Breaststroke Stroke Model.

If you are a swimming coach, then I highly recommend joining Swim Coach Advantage for ongoing professional development. You can learn how to teach and coach breaststroke and the other three competitive strokes effectively. Swim Coach Advantage has more than 180 videos available as learning tools for coaches.  It also has weekly live Mentor PODs and a private Facebook Group for swim coaches.