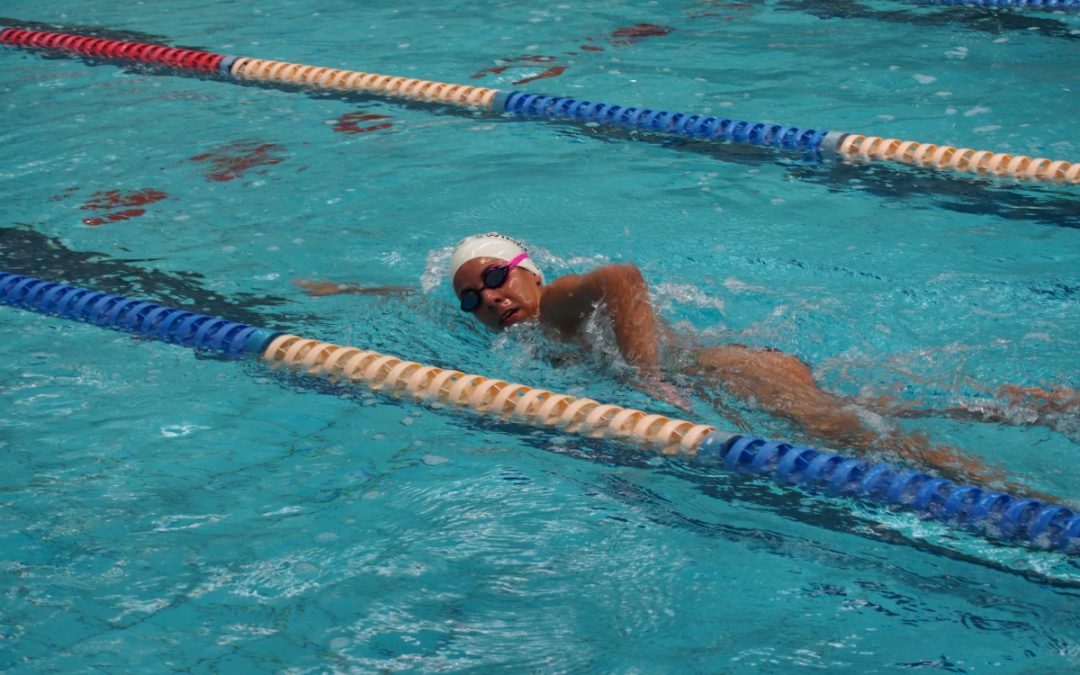 Learn how to improve swimming efficiency.

Swimming efficiently in competitive swimming terms could be described as swimming at a desired speed in a manner where there is minimal energy cost for maximum forward velocity or distance covered over time.

What does that look like as far as technique goes to the observer?
• Smooth movement through the water.
• Synchronized and well, coordinated movements of the limbs and body.
• Constant velocity.
• Minimal disturbance of the water.
• Effective connection through the limbs with the water resulting in superior propulsion.
• Displaying balance of movement.

In any given population individuals will vary in their ability to swim with the characteristics mentioned above. Our role as a coach is to assist the swimmers we coach to swim with a technique as close as possible to the points described above.

Efficient swimming doesn’t happen overnight; it is more the result of a long and repetitive process over time. As coach’s we use stroke drills which support the development of sound and efficient technique. The key however is the application and execution of the drills. We must set high standards and ensure that the drills are done correctly by the swimmers or the patterning desired will not become automatic. It is good advice to use a series of drills (perhaps no more than 5 in any given session) which relate to each other and apply them in a logical order, resulting with the complete stroke being swum at the final stage of the progression. See Swim Coach Advantage * for drills in all strokes which are recommended for use in the development of technique excellence.

* Swim Coach Advantage is a new professional development program for swim coaches to be released soon. To find out more, download the free eBook at 15 Tips to Improve Your Swim Coaching.

Improvements in swimming efficiency are constantly being worked on by coaches of competitive swimmers; it is an ongoing process for all performance and high, performance swimmers in their quest to swim faster. Once a swimmer becomes technically proficient the improvements are marginal and sometimes the coach may use innovation and creativity to progress a swimmer in regard to their technical efficiency. I witnessed a good example of this recently when I was working with a coach who conducts a very good program.

The coach was conducting a skills session where swimmers were working on the specifics of technique and skills which were targeted at their individual needs. One group involved were three, young, teenage girls who had similar characteristics when they were swimming breaststroke.

The coach’s objective was to have the girls swim with a longer but consistent stroke length (distance per stroke) and rhythm. To achieve this cut off noodles (6×600-700mm) were attached to a lane rope so they projected perpendicular from the lane rope along the surface. The noodles were spaced at about 2.5 metres apart which reflected the distance that the coach wanted the swimmer to travel with each stroke. The swimmers reached the first of the series of six noodles when their arms were well into extension and the kick was being effected. A critical aspect of improving the swimming efficiency of these girls was to achieve a lower head position just prior to and during the glide phase without diving down with the hands and arms (arms were extended horizontally).

This set up worked perfectly as the girls slipped beneath each noodle (with their head low in the long neck position) as they effected the kick into the glide phase coupled with the added pressure to achieve the required stroke length. Once the girls became familiar with the requirements they gradually improved the continuity and resulting in improved rhythm and fluency in the girls stroking. After a few repeats stopping at the final noodle the girls then continued swimming through to complete the 50 (where there were no noodles) maintaining the rhythm and stroke length as if the noodles were still there.

This is a classic example of the use of innovation and lateral thinking to extract the small but significant gains in swimming efficiency of already accomplished swimmers.