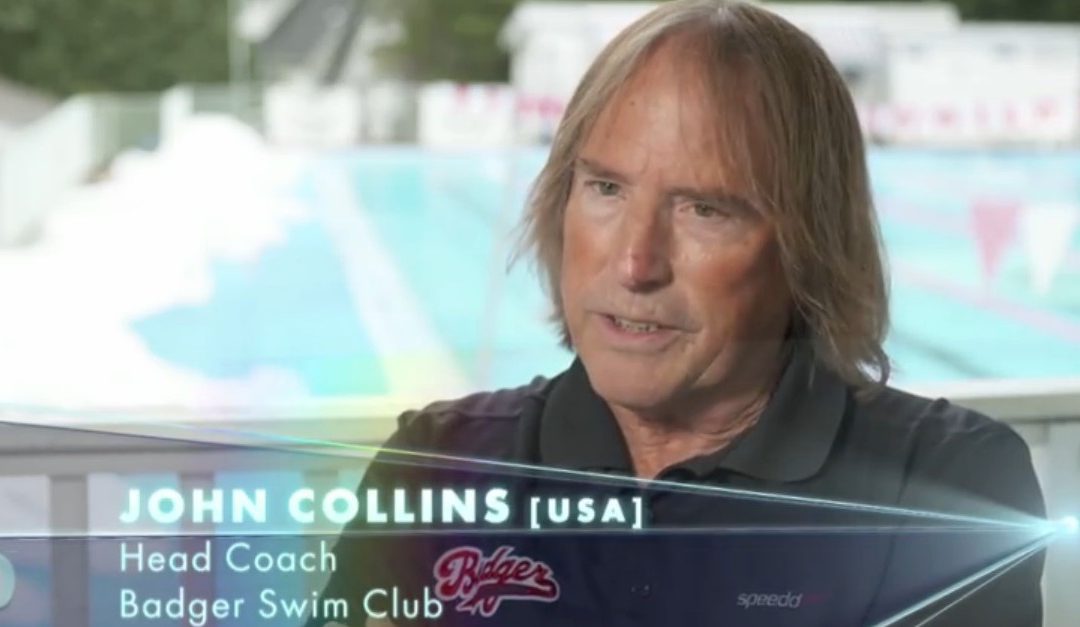 Badger Swim Club is one of the most successful clubs in the United States, training many of the worlds greatest swimmers and coaches. World Sport sat down with head coach John Collins and Puerto Rican Swim Team member, Eric Culver, as they discuss the perfect backstroke.

If you would like to improve your backstroke, or you have a son or daughter who loves backstroke, check out the backstroke stroke model video produced by Australian Head Coach and two time Olympic Head Coach Leigh Nugent.

Gillette World Sport is in New York to study the backstroke at one of the most successful swim clubs in the United States.

Badger Swim Club has been the home of many Olympic champions and American records, and many of the world’s best coaches and swimmers have trained here. And we’ve always strived to be not only the best in this country, but the best in the world. We have about 12 people who have qualified for the Olympic trials this year. Out of that 12 there’s probably four who have a legitimate chance of making the team.

As a U.S. National team coach for 23 years, John Collins is ideally placed to explain how to perfect the backstroke.

John says that “technique is very important in swimming. We’ve always thought of backstroke as being the turnover tempo, I mean how fast your arms turn and kick. You’ve got to have a steady backstroke kick and catch, which means catching the water.”

Eric explains that “You want to think about with your hands, thumbs out, pinkies in. So when we’re coming out of the water, you want your thumbs out and then slowly rotate it and have your pinkie come in and be the first finger to go in to stroke.”

John explains that Eric is “doing an exaggerated drill. We’re using large paddles so that he can feel what his hands are doing right behind his shoulder, which is a very critical part of the backstroke pull. And by slowing down almost like in slow motion, that entry into the water, enables him to feel the way he should be catching when he doesn’t have the paddles on.”

John adds “You want to be in line, and in line is from backstroke to the hips, shoulders and the head. Your head should be basically like you’re laying on a pillow. That’s where your head position should be. So chin not too much like this, not too far back. But your body stays in line and you’re going to be high in the water.

You want to see the bathing suit out of the water. The two hip bones on either side should be almost right on top of the water. If the hips are low, you’re in trouble in backstroke. Strangely enough the hips control what your arms and how you pull. You don’t use your hips correctly, if you don’t rotate them enough, it’s hard to get the proper angle of pull and the proper amount of strength into the pull, which actually obviously equates into power.”

Eric says “It’s your triceps, your deltoids, your lats that provide most of the power into your arms. But the key is always, how fast can you turn over?”

“The faster they can turn over efficiently, effectively, the faster they’re going to go. It’s like a windmill.” says John.

And John finishes off talking about the upcoming 100m backstroke at the 2016 Olympics “And the hundred meter backstroke event is one of the most highly contested events this year and actually the past few years. There’s about six or seven or eight guys around the world, and any one of them on any given day could win that event.”

Some great advice from two great swimming people and if you want to improve your backstroke, look at the backstroke stroke model.